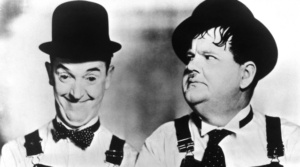 Well, here’s another fine mess they’ve got us into!

Some say that our political system is the worst in the world – except for all of the rest – and while it has its pros, the dreadful spectacle of the last week has again revealed many of its cons.

The stupidity of the loony right faction, who even seemed incapable of adding up numbers, was repeatedly demonstrated by the inability of any government member to answer the simple questions ”why did this have to happen?” and “why now?” The current group of federal Liberals, having revealed themselves as a party of organised hypocrisy, have proven by their actions to anyone who still naïvely believed that our politicians were there to serve our interests, that their overwhelming motivation is that of self interest and self aggrandisement.

Their disillusioning public performance and their “up you!” attitude to the public of Australia has justifiably provoked outraged reactions. Yet it has simultaneously exposed a common misunderstanding about our political system that must now be addressed.

The common response to Malcolm Turnbull’s demise has been that the Liberal party has ignored the vote of the people that elected him as Prime Minister. Except however that the electorate did not vote for Malcolm Turnbull as P.M. He was elected as member for Wentworth and he himself has decided to vacate that position. However the fact remains that as the leader of the Liberals, his party won government and that as a corollary of his party’s electoral success, he gets the top job. But that is a decision made by his party rather than directly by the electorate and therein lays the rub. What the party giveth, the party can taketh away.

And the public is mightily peeved at this.

This problem would never arise in countries such as France, Austria, USA, Finland, Ireland, Portugal and others because in those countries the people have the right to elect their national leader.

We could quickly end this cab-rank of Australian PM’s by modifying our political system so that the leader of the successful party is, ipso facto, the PM which could only change through a general election or the death or incapacity of the incumbent. If the public (as opposed to the government) got sick of the PM they could vote him out at the next election. At least that way Australians know that the person elected as PM will lead them for the next four (or perhaps three) years without the interruption, expense and disruption of a coup.

Abraham Lincoln once said that no man is good enough to govern another man without that other’s consent. How many of those who voted for the coalition in the last election could ever have imagined that they were also consenting to being ruled by Peter Dutton or, for that matter, Scott Morrison?