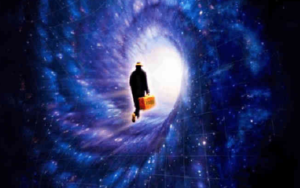 Ministerial responsibility is an oath taken by ministers that makes them accountable to the Parliament. It is central to the Parliamentary system because it ensures the accountability of the government to the legislature and so, to the people.

This differs from the collective responsibility of Cabinet which demands that members of the Cabinet must publicly support all Cabinet decisions, even if they do not privately agree with them.

The doctrine of individual ministerial responsibility is central to the Westminster parliamentary system and all governments using the system broadly follow the convention that a cabinet minister bears the ultimate responsibility for the actions of their department or ministry.

In plain terms it means that ministers are responsible to the Parliament for actions taken by the department under their authority and for which they are responsible.

In the event of a department error, the principle requires that the minister accepts responsibility for the mistake and if possible corrects it.

If the department failure is sufficiently serious, the minister should resign.

That is the theory.

However things in Australia, and in particular South Australia are different. If they were not, Premier Weatherill would have been forced to take an even earlier retirement than he will be required to do after the next election.

For this political theory, unlike in some other countries that follow the Westminster system, is not constitutionally enshrined. This of course leave it open to interpretation and surprise surprise our politicians have interpreted it far more loosely than the words and common sense might dictate.

The catastrophic failures in relation to child care that occurred under Weatherill’s direct stewardship ought to have, in any organisation with a half decent conscience, demanded his instant removal.

Those disasters shocked South Australians and few could ever have imagined that any other minister could preside over such a shambles again.

That is, until Oakden.

Oakden, as it is now called, has form. Alarm bells started ringing as early as the 1980’s. There were many examples of significant scandals some of which involved systemic abuse and a failure to ensure people’s basic rights within the facility. These publicly known abuses led to widespread calls for significant reform and by the end of the 1980’s the Federal and State governments made attempts to work together to resolve the problems.

Yet despite significant developments in other States since that period, Oakden still comprises the only specialist Mental Health Service for Older People in South Australia and it is far from surprising that the Review found that the “Oakden facility is more like a mental institution from the middle of the last century than a modern Older Person’s Mental Health Facility”.

The recently released Report from the Oakden Review catalogues a litany of carelessness, incompetence, arrogance, unprofessionalism and a total absence of leadership, good governance, accountability AND political oversight.

The Reviewers make it clear that ‘no stone was to be unturned in getting to the bottom of the issues’. It is a matter of the greatest regret that Minister Vlahos did not adopt the same attitude.

The Report finds that Oakden was not well designed or modern for the time it was built and is now entirely unsuitable for its current purpose and meets NONE of the expectations of a modern mental health service.

Let’s pause here and ask, why wouldn’t the minister know that? It’s not as if Oakden was previously a model facility offering world’s best practice. Shouldn’t the electorate, not to mention the Parliament or the Premier, expect that if she had done her due diligence, this information would have hit her in the face so hard that she would still be getting up from the hospital floor?

Summoning all the charity that we can (charity which was notably absent at Oakden), let’s for the sake of argument concede that she didn’t know.

But what of this question – WHY didn’t she know?

How much effort would it have taken to find out the state of affairs? There doesn’t appear to be any shortage of concerned relatives who are more than prepared to tell their awful stories, the Reviewers were apparently able to ask the right questions without too much difficulty, and isn’t a letter warning of the possibility of people dying unless things changed enough all by itself?

The old adage that if you don’t want to hear the answer don’t ask the question somehow comes to mind.

What? Are You Serious?

But what of the Premier’s response? What planet is that man on? Is that majestic building on North Terrace real or is it truly in a parallel universe? What other explanation can there possibly be for such an insensitive, defensive and self-serving response? It’s probably too much to expect from a man who refused to resign himself notwithstanding his disastrous stewardship of child care in this State (to mention just one of his many low lights of the last few years), that he would then have the hutzpah to demand that Vlahos resign over a similar catastrophe. We learn from him that this debacle is in fact the fault of SA Health bureaucrats – a sort of bureaucratic “severe weather event” which plunged the State into blackness recently. It must be enormously comforting to have the privilege of occupying the most powerful job in the State while knowing all the while that no matter how badly you or your ministers perform there will always be some poor sap to blame.
_____________________________________

Weatherill, as does Vlahos, chooses to champion the more modern doctrine of ministerial responsibility, that has continued to evolve at pace in Australia. According to that approach, as government departments have grown larger and more complex, less accountability is expected of a minister. It is said that it would be unreasonable for ministers to be expected to take responsibility for all of the actions taken by those under their authority.

The principle now, it is said, does not cover situations beyond a minister’s knowledge, in which case some other scapegoat must be found to take responsibility.

While it can’t be said that Vlahos personally caused this debacle, in which case she would unquestionably be held responsible, how can it be said that the facts were beyond her knowledge or at least beyond what could be reasonably expected of her to discover? The proposition however applies even less in Weatherill’s case who took a personal interest in formulating and directing policy in relation to child protection.

Ministers should properly be held to account where they are aware or should have been aware of problems and have not acted to rectify them. Can either minister deny that with a straight face? Well, I suppose, one already has.

To Weatherill I say this –

Just because it suits you, don’t seek refuge behind convenient self-serving interpretations of political theory; show that you have a conscience and do the right thing. Go.

To Vlahos I say –

The rights that have been ignored and abused with you as the ‘responsible’ minister are protected by international safeguards agreed to by all Australian governments.

have all been trashed.

If you are not responsible for this disgraceful situation, then who is?