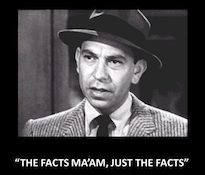 One thing is disturbingly clear from the contributions made to the nuclear waste dump debate by Jay Weatherill and Steven Marshall. They’ve both missed or deliberately ignored the main game – is having a nuclear waste dump in our backyard or even underneath it, safe? Safe for us, safe for our families, our children, their children and provided no-one has pushed the (nuclear) button by then, our children’s children’s children.

In “At loggerheads over nuclear waste dump” (The Advertiser, Saturday November 19), Weatherill espoused a “let’s say yes” attitude mainly because there was an economic opportunity too good to miss. If he is right about his claim  that South Australia will benefit to the tune of $445 billion, then it is hard to argue against giving him the resounding “yes” he is asking for. The problem for Weatherill is that his own Citizen’s Jury found that they wouldn’t trust his ability to deliver on this Trump-like promise, as far as they could spit. Yet his response is again to concentrate on what he says are the enormous economic gains that will flow into our fabulous new state of milk and honey and for this, apparently, he seeks our plaudits for bravery and boldness.

What of Steven Marshall”s views? On the back of a Finnish fact finding foray, he now concludes that the whole idea is just unrealistic. It is partly so because the bipartisan support that all agree is a prerequisite for this to work, has now been unilaterally withdrawn by him. It’s wonderful what a bit of Scandinavian air can do for one’s clarity of mind.

But his view that further discussion about a waste dump is just a waste of time is based on three factors. One, it doesn’t have bipartisan support (because he himself withdrew it). Two, because “there are serious doubts about the economic case for a dump” and will cost this struggling State $600 million just to keep talking about it and to choose where to put the hole in the ground. Three, because a key finding of the Citizen’s Jury related to the importance of listening to local aboriginal communities who would have a final right of veto if the dump would affect their land.

Neither of them even approach addressing the subject of safety.

Assuming that Weatherill is right and there is a pot of gold at the end of the nuclear rainbow, is it simply foolhardy to chase after these supposed riches if, in the process, the health, safety and even the lives of our children’s and future generations are put at risk. Why do both men ignore this fundamental question? Why won’t Weatherill come out and tell us that there is nothing to worry about in this regard? That out of sight is out of mind and highly contaminated radiation material underground is nothing for us to worry about?

Why hasn’t Marshall publicly stated that, leaving aside his economic and lack of consensus objections, both of which hardly seem insoluble or intractable reasons to derail further consideration of the idea, that it’s just not safe to go down the nuclear road?

Why? Because neither of them know the answer. And if that’s right how can any putative leader responsibly advocate for or against taking a particular position on the issue? When the used car salesman tries to sell you the flash new car because it will do 200 kph or his competitor says don’t buy it because not everyone will like travelling at 200 kph, isn’t the first thing you would do before making a decision is to test the damn brakes?

As usual, the public has been fed the spin from those with barrows to push. We don’t need any more of it. Before this goes any further can someone, please, tell us if it is safe?