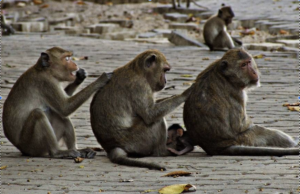 It is a well entrenched principle of sentencing in the criminal law that certain features of a case may be regarded as mitigatory in their effect on punishment.

Such features might include a plea of guilty, a demonstration of remorse, forgiveness by the victim or assistance given to the investigating authorities.

It is an equally well entrenched principle of sentencing in the criminal law that certain features of a case may be regarded as aggravating the offence and thus result in a sentence higher than it otherwise might have been.

Such features include the manner in which the defence was run, a failure or refusal to accept the criminality of the conduct involved, the need to deter the individual and others from committing the same offence, the need to protect young or vulnerable members of our community and significantly, features of the offence itself such as whether it was committed under circumstances constituting a breach of trust or as an abuse of the position held.

The conviction of Philip Wilson provides a perfect case study of all of these sentencing principles and demonstrates just how wrong the Newcastle Local Court got this sentence. While many might find spending six months living with their sister an unbearable proposition, as a sentence for this man who totally betrayed his position of trust and authority, one who shows absolutely no remorse or any understanding of the harm his behaviour has done to so many once young and defenceless people, at a time when it has become painfully obvious that a strong deterrent sentence is desperately needed, a six moth sleepover at his sister’s home is for this arch hypocrite, a disgrace.

Three things need to happen. First, the DPP should immediately appeal the leniency of the sentence. Second, the Catholic church needs to at least try to rescue some decency from this position by immediately sacking Wilson. And third, Wilson’s congregation or what is left of it, should tell him very loudly and clearly that a protector and apologist of paedophiles is no longer wanted or welcome in their midst.

As for Wilson, the fact that he still clings to his uniform and office tells you all that you need to know about his character.