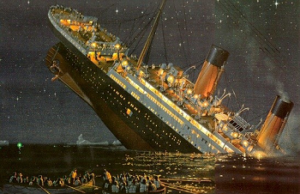 And so it starts. Plip, plop, plip, plop ….. The sound of the rats deserting the sinking Labor ship is unmistakeable. South Australians are no longer surprised at the pettiness, incompetence and arrogance of the long term beneficiaries of the public purse who are now lining up to discuss just what they are going to spend their publicly funded pensions on. They know now with certainty that no matter what ‘alternative facts’ are presented by this feckless bunch, South Australia is in the position it is in precisely because of the ‘quality’ of government they have provided.

But let them walk away. They will not be missed. They have achieved a rare feat which should be acknowledged. No other government in the history of this proud State has been able to stuff up virtually everything they have touched. From hospital and medical care, to the clogged courts and home detention mess, to family and child care, to supplying power so that people can live and work, to the control of the pricing of power and fuel, to bursting pipes, to renewable energy, to the shambles that is Frome Street, to the ridiculous attempts to divert the public’s attention with driverless cars and changing time zones, to the failure to help our young and not so young find meaningful employment, to the failure to secure contracts for uranium mining, to the lies about politician’s pay, to ….. Well, you get my drift.

It takes some real skill to be as incompetent as that in such a wide range of portfolios. It takes some ice in your veins to look straight into the camera and say that S.A.’s doing fine. It takes some stupidity to think that anyone believes that for one second.

So let them go, let them write their memoirs of alternative facts and bask in the glow of their utter failure. They have disappointed their own supporters and let down future generations of this State. And before Mr Martin Hamilton-Smith repeats his scorn for those who point out the failings of this government, Martin this is not about pessimism, gloom and doom or negativity. This is about accountability. Those who have brought South Australia to this parlous condition should not be forgotten, they should be remembered and publicly credited for what they have done.

But just a minute, is that a Liberal life-boat coming towards us? Should we get in? Does the Captain have his Master’s Certificate? Can he even swim? Can they do any better? Who knows? The only thing we know for certain is that they could not possibly do any worse. No, not a great endorsement and yes, another stab in the dark. But why are we in the dark? Because the power’s off again!