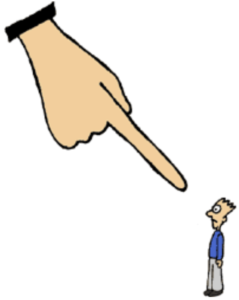 The phrase ad hominem doesn’t get a lot of airplay round the pubs and cafes of Australia these days. It literally means ‘to the man’ and perfectly describes the state of Australian politics today.

It is used best to describe a fallacious argumentative strategy whereby genuine discussion of a particular topic is avoided by instead attacking the character, motive, or other attribute of the person making the argument, rather than attacking the substance of the argument itself.

Followers of the Canberra Circus are well used to the confected outrage of finger pointing politicians who defy all semblance of decorum or refinement. It’s by no means a new development but simply the latest in a betrayal of the promises given by all sides that things would change with their ascension to power.

No-one would deny the value of spirited or even aggressive debate, but when we are visited with the belittling and undignified spectacle of those privileged to serve venting their personal spleen on their next victim, the overriding impression is that of substandard actors in a B-grade movie. Whether it be the disgraceful sexist attack on Senator Hanson-Young by Senator Leyonhjelm, or whether it be the Prime Minister’s and the Treasurer’s resort to childish name calling of the Opposition Leader – ‘UnbelievaBill’ in their ‘Kill Bill’ campaign – the Australian public is being short changed.

We are being short changed not only because we had a right to expect so much more from the promise and expectation of an apparently intelligent man being elected as prime minister and the understandable anticipation of mature representation from elected Parliamentarians, but also because we are being deprived of what we need to determine the issues of today – honest, informative, considered debate.

It now seems standard practice for all politicians to respond to the question “what are you going to do about ….” with a response outlining the failures of their political opponents. They have been indoctrinated into the attitude that the first response is not to explain, it is to attack. Occasionally this is because there is something to criticise about the policy of their opposite number but more often it is because there is little positive to say about what they themselves have done.

It’s not good enough, it demeans every politician who hides behind these transparent tactics, it debases our national Parliament and we should call it out whenever we see it.