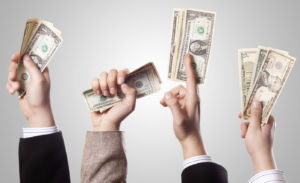 The various guesses at solutions made over many years by a succession of ill defined policies, driven more by ideology than by reason, that this government has presented to the electorate, is of itself reason enough to distrust that they will ever get it right.

It is reason too for us to be sure that whoever we choose to replace them has the skill and good sense to produce a working, efficient and proficient health system that will serve our increasingly ageing population fittingly.
We know through bitter experience that Weatherill can’t do it, he and Labor has proven that to us all.

Marshall, so far, is an unknown quantity.

Xenophon on the other hand is a known quantity. He boasts that he has no clue as to how to solve the health system problems. Either that confession is just another stunt, or he’s telling the truth. Either way he’s demonstrated that he’s not up to it. Is the reason that we haven’t heard anything about his health policy so close to the election the fact that he hasn’t got one? What sort of judgment does that demonstrate from a man who wants to run this State? How many more mayors will be asked to come up with $20,000 just so SABest can give the appearance of being a legitimate option to govern us? We deserve better than franchise politics.