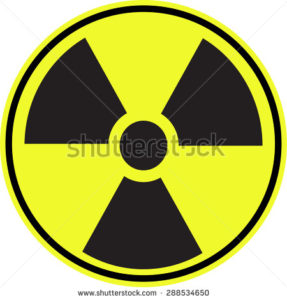 What’s wrong with the Premier asking the people what we think about a nuclear dump for South Australia? Not much, except that he already has done so. Ok, he didn’t like the answer he got first time ‘round so he’s trying again.

So why doesn’t he just say so? Why doesn’t he reveal his opinion on whether he thinks we should have the dump or not? It’s a bit too convenient to say “I’ll just leave it to the people”. Is he so terrified to commit one way or the other in case “the people” think he’s wrong? Shouldn’t our leaders have more courage than that? Shouldn’t our leaders lead and have the courage of their convictions – or at least have some convictions? After all, he is the person who brought this up in the first place so, what do you think Mr Weatherill?

Do we need nuclear power? Probably.

Could we do with the extra revenue? Certainly.

Are we crying out for the possibility of more jobs? Definitely.

Will any politician have the courage to stand up and stake their reputation on assuring us that the nuclear power industry and the waste that it produces is safe? Not on your life – or your children’s. You have to ask ‘why not’?

Perhaps that’s why there’s a deafening silence coming from the man who so readily gives us the benefit of his opinion on any other subject that you care to name. Perhaps this is too good an opportunity to take the credit for whatever benefits might come from it while creating for himself the ideal position of plausible deniability should things go off the rails -“I didn’t ask for it, the people did.” Nomatter what you think of our absentee landlords in opposition, at least Steven Marshall has an opinion and is prepared to share it with us all.