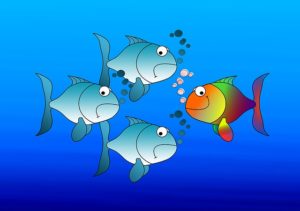 To most of us Trump’s ascension to the Presidency was more than a surprise, it was a total shock. It wasn’t that Clinton was such a standout candidate but uniquely, she did have some of the experience that seemed essential for running the world’s most powerful nation. Many years of public service, Secretary of State in turbulent times and a front row seat while her President husband was in the chair for 8 years.

True, none of that meant that she could necessarily perform as President, but most would say that she had a clear advantage over anyone else who had less, or in fact no experience at the helm.

Yet Trump is President elect and Clinton is left to consider what might have been.

But not even Trump would claim that he has any relevant experience that would qualify him for the highest political office in the world. His economic qualifications are at best controversial, his relationship and inter-racial skills are infantile and his political judgment is, well, different.

Yet the American people, or at least a significant proportion of those who bothered to vote in the election, rushed to install him as President

As strange as that may seem from this distance, clearly his lack of traditional qualifications for the job did not phase them in the slightest. What is also clear is that the qualities they saw to be necessary or at least desirable to be President included decisiveness, irreverence when it comes to the political establishment, a ‘can-do’ approach to the most intractable problems and an overpowering self-belief.

Aspirants to political office (ironically, other than Clinton) all start off as novices. You can’t be an experienced politician until you’ve been a politician and gained the very experience that qualifies for the job in the first place.

This chicken and egg scenario sometimes, although rarely, produces a double-yoker. More often than not however the bad eggs surface and get their experience at the expense of the electorate. When this happens, what we get is bad decision making and even worse politics. We have seen taxi drivers being made Treasurers, non-medicos making decisions in the Health portfolio, journalists becoming Premiers, lawyers with little practical experience being appointed as Attorney General.

That lamentable approach, as we have all seen to our lasting cost, is a recipe for disaster.

So what can we learn from Trump’s success? Could it be that in looking for “experienced” candidates or those seemingly more “qualified” for office, that we are looking for the wrong thing? Perhaps what we need in our representatives is the ability to garner the best advice and base their decisions on that advice.

Should we look outside the ranks of the professional politician for our inspiration and ideas? Should the experience that we look for be in the specific areas of responsibility rather than in the more generic “public life”?

Is there perhaps room in our system, or if not should we make room, to bring in and appoint more ‘civilians’ with expertise in discreet areas to be members of our government? Economists to decide on economic issues, businessmen and women to decide on issues affecting small and medium sized business, lawyers who actually have substantial work experience as lawyers to guide the legal system, doctors and nurses to direct the health sector, farmers to develop appropriate rural and agricultural policies?

Could these professionals do any worse than the amateurs?

Some may say that the answer lays in the Public Service. While many of these are dedicated, hard working individuals doing their best for their communities, they are generally not employed because they have the specialised skills needed in the Department in which they happen to find themselves assigned. Occasionally, it is the blind leading the blind with the Minister having neither the skill nor the knowledge to discern good advice from bad.

Whatever can be said for our political system, few would say that it cannot be improved. The dissociation felt by many in the west from their political elite grows day by day. There needs to be a re-connection, a renewal of the sense of participation and influence and a lessening of the feeling of helplessness as we watch our once strong economies wither on the vine of amateurism and our children’s despair over ever owning their own home or even obtaining employment increase day by day.