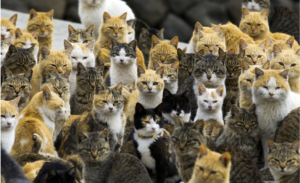 It’s a task akin to herding cats. Getting all State and Territory governments to agree on an Australian energy policy while aligning climate change sceptics with those demanding higher emission reduction targets, seems to be beyond the capacity of our current crop of decision makers.

While the “no sniping, no undermining” Tony Abbott and his disciples reserve the right to cross the floor and scuttle the government’s attempts at resolving these national issues, it’s hard to imagine that the PM’s politicking is not at least in part determined by the need to resist this latest challenge to his leadership authority.

While the coalition alarm the NEG naysayers with their mandatory 26% emissions-reduction target, the Labor Party send them into paroxysms of fear with their demands for a 45% target in an attitude that smacks of demanding more in the sure knowledge that they will have to negotiate back to a compromise position.

It’s clear that there are positions being adopted by the players that go far beyond the accident of which political party they belong to. It’s a fight for power and influence and for the bragging rights of being able to say “We (Labor or LNP) fought the good fight against the Flat Earth advocates and we are the ones who deserve the kudos for implementing Australia’s international obligations.”

Yet policies based on narrow party interests or even State interests fail the true test of a national government. Federal MP’s are elected to and promise to serve a Parliament for all of Australia. Their task is to determine what that national interest is and to develop policy accordingly.

Can it be done?

In medieval times the jury was a self-informing body. It was their duty to make their own inquiries about the facts upon which they would make judgment. To encourage their deliberations they were locked up, typically without food or water, for as long as it took for them to reach a consensus. Unsurprisingly, they did not often take long to reach a decision.

This spur to act quickly and decisively is a lesson our current crop of Canberra denizens seem to have totally forgotten. They seem mired in indecision over energy policy, terrified about being seen as either kowtowing to international direction on climate change or, as disingenuous tree huggers.Of course we are not all scientists and maybe it’s too much to expect that this parliament of average citizens should understand the intricacies of the complex arguments.

But is the solution really that hard? Surely there is an empty room in Canberra somewhere where we could gather up the five, ten, fifteen or however many recognized world experts on energy production, pricing and distribution there are and talk to them?

Have equal numbers of LNP and ALP attending together with a couple of token independents, put them all in the same room and lock the door. Do not unlock the door (feed them if you must), until a consensus is reached which then becomes the accepted policy for both parties and for all of Australia. Each party gets its due recognition and Australia gets its policy direction.

For while they continue to fiddle away, our disposable income burns on the altar of their intransigence.