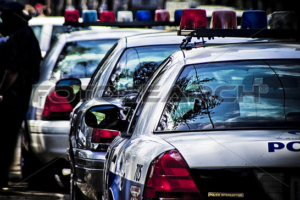 Police say that the terrible incident that happened in Melbourne “is not terror related”. If ever a statement presented all the hallmarks of covering your backside, this is it.

The real message that they are not so subtlety trying to convey is “don’t blame us, we didn’t miss anything because this man is not associated with any known terrorist organization.”

There are two things to say about that attitude.
One – get real. Two – if that wasn’t terrorism in our streets then we need a new definition.

The police statement born of panic, is a pre-emptive attempt to divert any discussion of what, if any, contribution their actions or inaction made to this terrible tragedy.

From the details reported in the press to date we learn the following –
• Gargasoulas was on bail after having been recently charged with stabbing his own brother.
• He is known by the police to have a history of family violence.
• He is known by police to have threatened to kill 3 aboriginal youths when he was younger and took steps to do so by preparing a crude explosive device.
• He is known by the police to have mental issues and drug problems.
• He attacked his mother’s partner and demanded that he be given the keys to his car, the car which he later used in his rampage through Melbourne.
• The night prior to him speeding along a city footpath, he tried to trash a St.Kilda bar after being denied entry.
• For some time, he has been posting angry messages on social media about God, war and the police.
• The police knew he was driving to Melbourne as they were following him before he reached the city.
• They knew he was driving recklessly around the Swanston street/ Flinders Street intersection and made no attempt to block his exit and later journey to Bourke Street.

So what information then have the police failed to act upon?
That a man –
• on bail for a violent offence,
• with criminal, drug related and mental illness background,
• who has threatened to kill 3 other people,
• and a man who has recently publicly expressed violent thoughts and intentions on social media
is driving to Melbourne.

They know that because, according to Ms Muo, his girlfriend whom he had taken as a hostage in the car and also threatened to kill, Gargasoulas saw the police following him and “became scary”.

As well as that, they know he is in one of Melbourne’s busiest and largest intersections driving recklessly and not a single police car tries to block his exit.

Can someone please explain what else would the police have needed to know in order to take SOME preventative action? How could they have remained frozen in indecision for so long? Is that the measure of their quick response capability? If so, we can only thank our lucky stars that it wasn’t “terror related”.

Apart from police incompetence, others have looked to the law to see whether any shortcomings in the bail provisions might have contributed to this disaster.

The Bail Act in Victoria has provisions not dissimilar to those in other Australian States. It prescribes that bail for a person charged with an offence is a right – subject to certain exceptions.

It is a right because persons charged are guilty of nothing – yet. They are entitled to be regarded as innocent until proven guilty beyond a reasonable doubt and, as such, the State has no business prematurely depriving them of their liberty.

There are exceptions such as when a person is charged with murder, treason, serious drug related offences or terrorism offences. In such cases the court has to be satisfied that special circumstances exist to justify the granting of bail.

In every case, if a court believes that there is an unacceptable risk that an accused, if released on bail would fail to turn up for his trial, or commit an offence while on bail, or be danger to the community if released or interfere with witnesses in his case, then bail will be refused.

But how does a court make an assessment of these dangers? There are a number of factors that a court looks at when considering whether or not to release a person on bail. They include but are not limited to –
• The nature and seriousness of the offence
• The character, antecedents, associations, home environment and background of the accused
• Whether the accused has publicly expressed support for a terrorist act
• The strength of the evidence against the accused.

Looking over that list of warning alarms, its hard to find one that Gargasoulas doesn’t set off. In fact, from the admittedly limited information publicly available to date, he fails every single test.

Should he have been on bail? Certainly not.
Is it because of the legislation that he was free? No. All of the appropriate safeguards are included in the legislation but they are useless to the community if they are ignored or improperly applied by the judiciary.

The failure by the police to envisage what this dangerous individual might do and then to remain frozen in inactivity when there were clear opportunities to move and probably prevent what transpired, may be related to inadequate resources or a failure of leadership or both.

The failure of the judiciary to use the tools provided to it by the legal system is equally inexplicable.

Whatever the reasons are, they represent systemic failures of the most dangerous kind. The kind that puts a fear into every citizen’s heart that perhaps the defences that we are constantly assured are in place, ready and able to protect us, are in fact as porous and indefensible as our city malls.