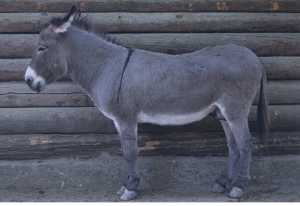 For the increasingly diminishing number of citizens who still can manage any interest in the poor excuse we have for politics in this State, the looming elections arouse some disconcerting questions.

Should we vote for a party where the best that can be said for it is that it has experience in government? It’s dismal record in health, child welfare, selling off publicly owned assets, its suspicious lack of transparency in land transactions, the disastrous levels of unemployment, the highest electricity prices in the world, factory and industry closures, the stampede of our youngest and brightest to anywhere else in Australia, water bills, idiotic proposals such as taking everyone else’s nuclear waste and burying it under the lemon tree, changing time zones etc., etc., etc.

Or should we vote for a party where the best that can be said for it is that it hasn’t had the chance to stuff things up in government and has seemed to be pathologically determined to remain in opposition. A party that adopts such a small target approach to policy that it has proceeded by way of ever diminishing concentric circles to disappear to the point of invisibility. If an opposition was able to manufacture a scenario where it could be on the front foot virtually every day of the week, surely that would be SA – but it’s pretty hard to be on the front foot when you’re in neutral or worse still, in reverse.

Or should we vote for an outsider for whom the best that can be said is that he has dismally failed in his principal objective in entering politics – removing poker machines from the State. One who has no record of practical achievement in any policy area to speak of, refuses to tell the people of SA whether he would support more of the same with Labor or have a stab in the dark with the Liberals, has entered, left, and re-entered State politics when his capacity to be king-maker in Canberra was greatly diminished by increasing numbers of cross benchers and worryingly, has failed to fulfill several promises he has already made to the people of SA. If a party leader promises to run SA Best candidates against every government MP who opposed the open ICAC hearings into Oakden, shouldn’t he do so?

So, there we have it. Do we go again with the crew that has brought us to this state of despondency, the seat warmers who have stolen away any hope of optimism for the future of this fair State?

Do we take a deep breath, close our eyes and cross our fingers and vote Liberal in the sure knowledge that they couldn’t be any worse than what we’ve got now?

Do we turn to a policy free opportunist with a broad smile and a liking for childish stunts?

When in old England Mr Hobson of Cambridge hired out his horses to the public and allowed them to chose whichever horse they wanted as long as they chose the one nearest to the stable door, he gave them a choice which modern day South Australian political watchers clearly and thoroughly understand.