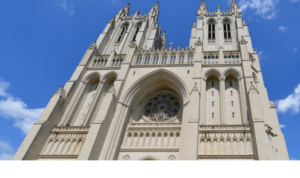 In hardened economic times, we increasingly scrutinise the disposition of public funds. For instance, we are more emboldened to ask why is it exactly that the public is required to pay for life-time gold passes as a travel perk for former MP’s?

When we aim to lessen traffic congestion in our cities, why do we spend so much money on free or cheap city parking for public servants?

We ask how is it possible for the work of one public servant, albeit one who heads Australia Post, to ever be valued at over $5million per year?

Entitlements are a boon for those lucky few who have them but a source of irritation, confusion, anger and envy for the overwhelming bulk of Australians who do not. It has become increasingly harder to justify the cherry on top of the salary package ice-cream and our leaders are becoming more sensitive to just how bad this looks in voter land.

And then there are the churches.

In an increasingly secular society, how is it still justifiable to give religions entitlements that other individuals and corporations don’t have? The tired old justification that it is because “they serve the community and promote religion” is looking fairly sick these days.

Any organisation in our midst that “serves the community” by presiding over a situation where it has been estimated that more than one in 10 of its priests in dioceses nationwide, and 40% of those in one religious order have been child sexual abusers, needs to have its claim to entitlement urgently re-assessed.

When the chief executive of the Catholic Church’s Truth, Justice and Healing Council described these findings as “shocking, tragic and indefensible” he, if anything, understated the position.

When the leaders of an organization so blatantly put the interests of that organization ahead of the most vulnerable, defenceless and helpless within it, they and the organization have lost any claim to legitimacy and they must be brought to account.

We don’t chase after outlaw motorcycle gangs because they ride motor bikes. We chase after them if and when they offend against the community that allows them the very freedom to associate and ride in gangs.

We shouldn’t chase after the Catholic Church or indeed any other church, because they purport to “serve the community”. We should chase them unceasingly because they have wittingly and cruelly damaged so many of our citizens, permanently and irrevocably, in an unthinkable betrayal of the trust given to them by the community that allows them the very freedom to practice amongst us.

A responsible government interested in the care and well being of its citizens, would hear these bells of alarm loud and clear. When the figure of 7% of all Catholic priests working in Australia since the 1950’s being perpetrators of child sexual abuse is compared with between the 1-2% of the general male population who have been convicted of sexual offences, it is clear that there is something about the organization itself that must explain the difference.

Whether it is the attempt to enforce celibacy, or the easy access to children, or the nature and personality type of an individual who is attracted to this position in the first place, the answers must be found.

Given the active participation by so many of the Church leaders to protect its priests at the expense of protecting its flock, it is obvious that external intervention is urgently required.

Psychological and/or psychiatric assessments should be undertaken by independent professionals of all currently serving and future prospective priests and office holders of the church. If the Catholic Church won’t clean up this mess, then our governments should by weeding out and minimizing as far as possible, the risks of future offending and re-offending.

They can use the money they raise by the collection of taxes from these disgraced organisations to pay for it.